NaPoWriMo PROMPT:  And now for our prompt! Our early-bird prompt this year (on March 31) was an ekphrastic poem. This is something similar — a poem written from a photograph. There are four below, one of which I hope will catch your fancy. But if you’ve a particular photo in mind that you’d like to use, go right ahead. Happy writing!

What do you see through Your Mask?

as the field pumpkin;  flowers

bloom in the well trimmed garden.

A seated skelton is only a prop, a seasonal

gag collecting dust in the closet

eleven months of the year, now

not even scaring kids

who trick or treat

that will make them bones

not a place where walls tremble

or a single book falls

from a tightly wedged shelf,

not a haunted house.

Today’s prompt (optional, as always), is an oldie-but-a-goodie: the homophonic translation. Find a poem in a language you don’t know, and translate it into English based on the look of the words and their sounds. For example, here are three lines from a poem by the Serbian poet Vasko Popa:

That doesn’t make a lot of sense, but it does give me some new words and ideas to play with.

I selected an Urdu poem by Noor ka Noor, a rather long poem, and “translated” by sound the first two verses.

Unless no kasha two pays no tekkie syrup hero

Us we no kasha chomp ok sheen rose like syrup

NaPoWriMo PROMPT:   is a “New York School” poem using the recipe found here. The New York School is the name by which a group of poets that all lived in New York in the 1950s and 1960s. The most well-known members are Frank O’Hara, John Ashbery, and Kenneth Koch. Their poems are actually very different from one another, but many “New York School” poems display a sort of conversational tone, references to friends and to places in and around New York, humor, inclusion of pop culture, and a sense of the importance of art (visual, poetic, and otherwise). Here’s a fairly representative example.

In following the recipe, you can include as many (or as few) of the listed elements as you wish. Happy writing!

I forget how many years we gather

at my dining table highly polished with Enddust

on Mondays we sit, the five of us and write

for the past six or seven years

except now Pam is off to Barcelona

so sometimes it is four or three of us.

Where is Anny going?  Anny with a “y”

because it really is the “y” meaning “and”

In Spanish and I mistook it in her email

when they arrive, not ringing the bell

and we will all forget for a moment

who has cancer and who doesn’t

and I’ll turn off the new age music

because Pam likes silence even

though she won’t be here we know

bodies still are smothered beneath the oso

landslide and grief lies in all our hearts

but not only  because Gabriel Garcia Marques

died or we can’t geta starbucks

will gallop across our written pages and even

Barbara will tolerate his insistent presence

for who but a cat can make us smile rather

for me to know the local disasters

because someone else jumped at Whatcom Falls

and was injured last week.  Linda will talk

of Passover and I will warn of the play

Women of Lockerbee I saw yesterday

I need a cup of Wood’s Coffee chai.

Mercury rests silent at the bottom

of Bellinham Bay and a Cardinal Grand Cross

hangs in the heavens.

4.20.14  NaPoWriMo PROMPT:   Our (optional) prompt. Today I challenge you to write a poem in the voice of a member of your family. This can be a good way to try to distance yourself from your own experience, without reaching so far away from your own life that it’s hard to come up with specific, realistic details. But watch out! This type of exercise can also dredge up a lot of feelings. So if you think writing in the voice of your grandfather will be too heavy, maybe try the voice of your four-year-old niece. Four-year-old problems might be a little lighter in scope.

Why doesn’t she leave us alone?

I’ll show her with my BB gun.

I’m a good shot as I stand

on the edge of the  frog pond

where we built the raft.

It was not her idea.

Can’t play marbles with her.

She wins and hides them.

Plays up to my mom

who thinks she’s a nice girl.

Good at mumbly peg too.

Where’s she get that stupid knife?

I hate the dumb girl.

She sleeps with a fake

4.19.14  NaPoWriMo PROMPT:  today’s (optional) prmpt. This is a bit silly, but it’s Saturday. I recently got a large illustrated guide to sea shells. There are some pretty wild names for sea shells. Today I challenge you to take a look at the list of actual sea shell names below, and to use one or more of them to write a poem. You poem doesn’t have to be about sea shells at all — just inspired by one or more of the names.

One never knows where a word will guide you.  Join me.

You clam up when I yearn

for dialogue.  What do we do

with this forbidden subject?

Is it just an American thing?

We are culturally unprepared?

We will all do it so why not

scamper along the options road.

Death.  It is our end gift.

Do we want to go with earth

or fire?  Our bone sacks

already sag.  Where do they

want to be?  Liberated

by fire so friends can take

chunks of bone and ashes to toss

over mountain tops and rivers?

Or settled sweetly beneath earth

where roots can bind

and earthworms rid us of the unnecessary?

Perhaps near a towering cedar

where ravens will sing my name in sunbreaks

and owls will remember me into the night.

It is part of the aging conundrum,

this resting place, the cave that tends

Where shall we be, my Love?

Together always in spirit

even if one is earth and the other fire.

4.18.14        NaPoWriMo PROMPT:  Our prompt (optional, as always). Today I challenge you to write a ruba’i. What’s that? Well, it’s a Persian form — multipe stanzas in the ruba’i form are a rubaiyat, as in The Rubaiyat of Omar Khayyam. Basically, a ruba’i is a four-line stanza, with a rhyme scheme of AABA. Robert Frost’s famous poem Stopping By Woods on a Snowy Evening uses this rhyme scheme. You can write a poem composed of one ruba’i, or try your hand at more, for a rubaiyat. Happy writing! 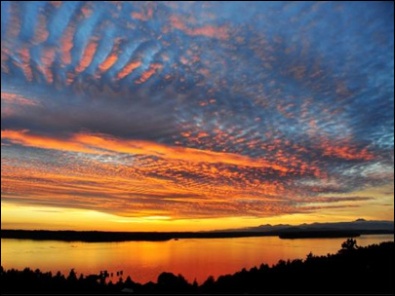 a place without ever—

where change will not die.

Lost to now, I burn with fever.

4.17.14 NaPoWriMo PROMPT:  Today’s (optional) prompt is to write a poem in which you very specifically describe something in terms of at least three of the five senses. So, for example, your poem could carefully describe the smell of something, the taste of something, and the sound of something. It might be helpful to pick things you have actually encountered during your day: a cup of coffee at the office (“burnt, flat, and joylessly acrid”), or a hyacinth in the neighobr’s yard (“riotously curled petals shading violet-lavender-white, against the dark-green glossy-smooth leaves”). Happy writing! 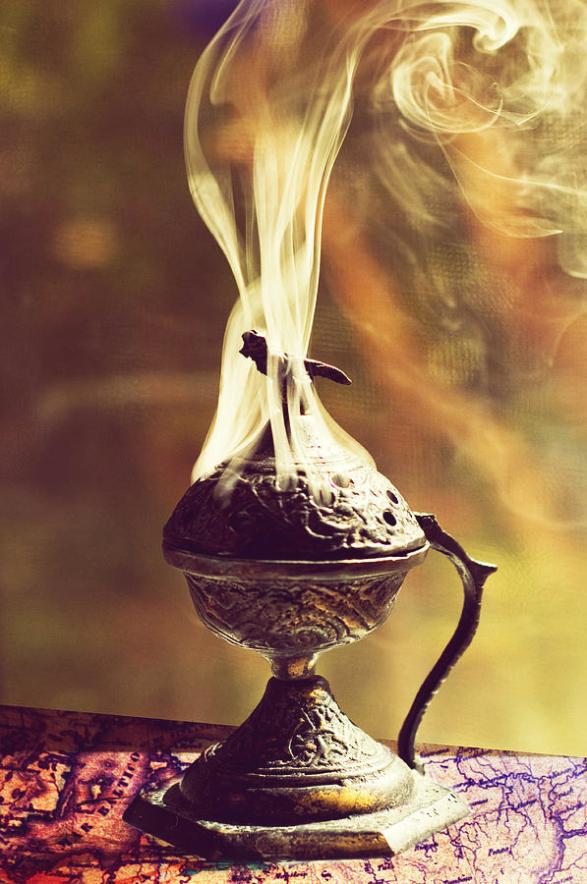 Waft of incense, a smoky allure of days gone by,

mingles with the dart of garlic simmered.

A suite by Massenet lilts across the room.

warding off the chill of wind and rain.

and a dim glow of twilight

There in that fleeting moment,

our bodies pray through clothing,

soft lips when you return home.

NaPoWriMo prompt (optional, as always). After yesterday’s form-based prompt, today’s will hopefully be somewhat easier to get into. This prompt is from Daisy Fried, and the basic idea is to write a ten-line poem in which each line is a lie. Your lies could be silly, complicated, tricky, or obvious. 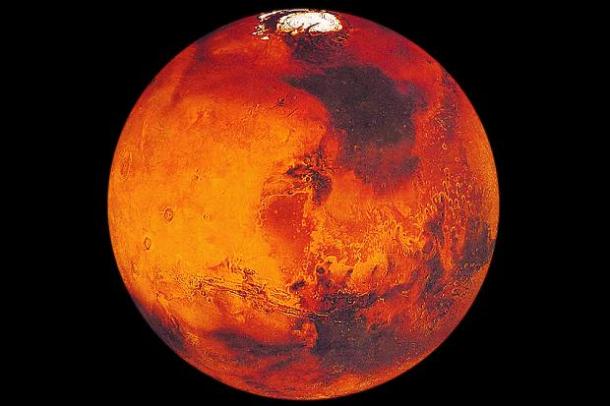 The earth has too many trees.

Wolves are not part of ecological balance.

There is no wind on planet earth.

Holes in the ozone make it easier to see the stars.

You can bid on a ticket to Mars on ebay.

Fracking is good for the earth.

All television is factual.

Believe everything you hear.

Books are bad for you.

Today I discard the prompt from NaPoWriMo because these images came so strongly.  Enjoy!

Lady of Azurite Calls the Shaman

Waves of azurite crash unto shore,

up the mountain through deep foliage,

We stand at the top of a cliff.

to see below a miniature landscape.

This is perspective, Anubis says.

Selene shimmers down a slice of light

and transports me to her realm.

We sit on the last visible crescent

of a total lunar eclipse.

She nods at earth spinning

light and dark.  This is perspective.

Sothis glides to my side, takes

my hand and we ride on a broom,

reminding  me she has a sense

of humor.  We surpass the speed

of light and land on Sirius.  I survey

the universe in wonder.

This is perspective, she says.

On the wings of Isis, we circle

the earth on her rainbow wings.

Day and night appear and disappear.

We land again as the waves

flow in and out.  This

Is perspective, she says.

I pick up a seashell.

NaPoWriMo PROM[T:  Today’s prompt (optional, as always) is a little something I’m calling “Twenty Questions.” The idea is to write a poem in which every sentence, except for the last one, is in the form of a question. That’s it! It can be as long or short as you like. The questions can be deep and philosophical (‘what is the meaning of life?’) or routine and practical (‘are you going to eat that?’). Or both!

You’re not going to wear that, are you?

Why would you go in the Army?

Excuse me, did you know you have lipstick on your teeth?

You think you know me?

How do you cook forbidden rice?

You forgot to use a condom?

Where do you live?

Can you read the little lines in my eyes?

When the vegan breathes, what do you smell?

What is between the inhale and exhale?

How do you know when you’re dead?

Why do you want to be buried?

Is the planet dying?

Did you visit the sun in your dream?

Who’s standing on the corner with the big dog?

What were you in your last life?

How do you make palak?

Where can you buy fenugreek?

from Bellingham to New York City.